The Evolution of the Life Jacket

Life jackets are one of the most popular forms of the personal flotation devices (PFD). You’re likely aware that life jackets have been around for many years. After all, most of us have used them when going boating or rafting since our earliest memories. Thanks to life vests, we’re able to safely explore rivers, oceans, and alpine lakes.

But did you know that early PFDs didn’t resemble what we use today? Over more than 1,000 years, PFDs have evolved from bulky floatation devices used only in dire circumstances to sleek, comfortable vests tailored to specific water sports.

Read on to learn how floatation devices evolved into what they are today.

The Early History of the Personal Floatation Device 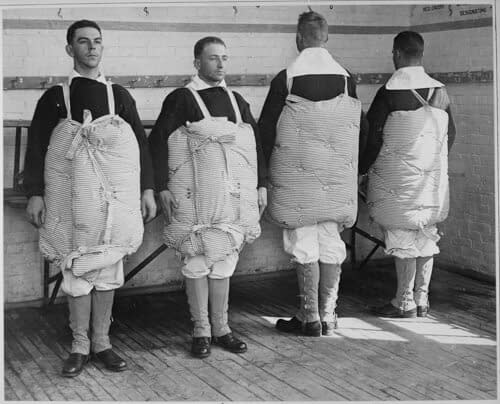 It’s impossible to say when, and where, the first contraption was built to boost a human’s buoyancy in water. Humans have been eating fish and seafood for tens of thousands of years. And current evidence suggests that we’ve been using boats for well over 10,000 years.

With an intimate history between humans and water across the globe, it seems likely that we’ve used many tools to help us stay afloat over the years.

The first evidence of PFDs is found in the British Museum. Here you’ll find an ancient gypsum panel dated to 860 BC, or nearly 3,000 years before today. In the sculpted artwork, Assyrian soldiers cross a river while holding onto inflated animal skins. These inflated skins are the first PFDs that we know of. 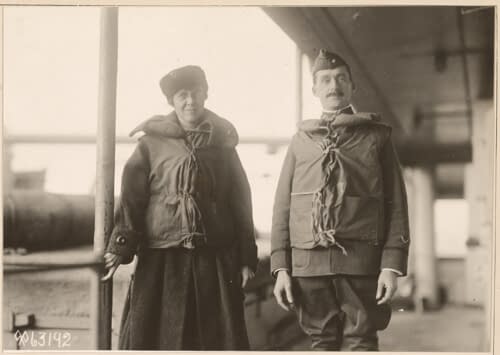 There’s evidence that animal skins, animal bladders, and hollow gourds were all used before the creation of the first wearable PDF.  It wasn’t until the early 1800s that something resembling the life jackets of today was first sold in The Sporting Magazine.

These early life jackets were made from cork, a naturally buoyant material. By the mid 1800s, cork life vests were used by lifeboat crews to protect them from storms or capsizing.

The trouble with cork was twofold. First, cork is heavy. Second, it’s rigid, making cork vests rather uncomfortable. Over the years, countless innovations have been made to get us to the life jackets that we use today.

In the early 1900s, rubber and batteries were used in life vests for inflation and lighting. These early vests were able to send and receive SOS messages, playing a key role in search and rescue.

Before man-made foam, a lightweight material called kapok slowly phased out cork. Kapok is a fluffy material that comes from the seed pods of a tree. Life jackets used in World War II were typically made using kapok for comfortable, lightweight floatation. Inflatable life vests were also used during the war.

The History of Life Jackets Use for Whitewater Rafting

Early whitewater rafters weren’t avid fans of PFDs. To safely maneuver churning rapids, you need full agility, and these life vests simply didn’t fit the bill. As recently as the 1960s, most rafters were PFD-free.

Whitewater rafting back in the day was much riskier. Without proper safety equipment, a higher percentage of rafters became injured or died. As the years went on, continuous innovation led to vests that allowed greater movement and long-lasting comfort.

In the 1970s, Stearns founder Maurice O’Link created the first Coast Guard-approved type III life jacket. It was lighter and more buoyant than its counterparts designed for ocean use. These vests were just the start of a movement that made river rafting safer, allowing more people to get out and paddle through thrilling whitewater. 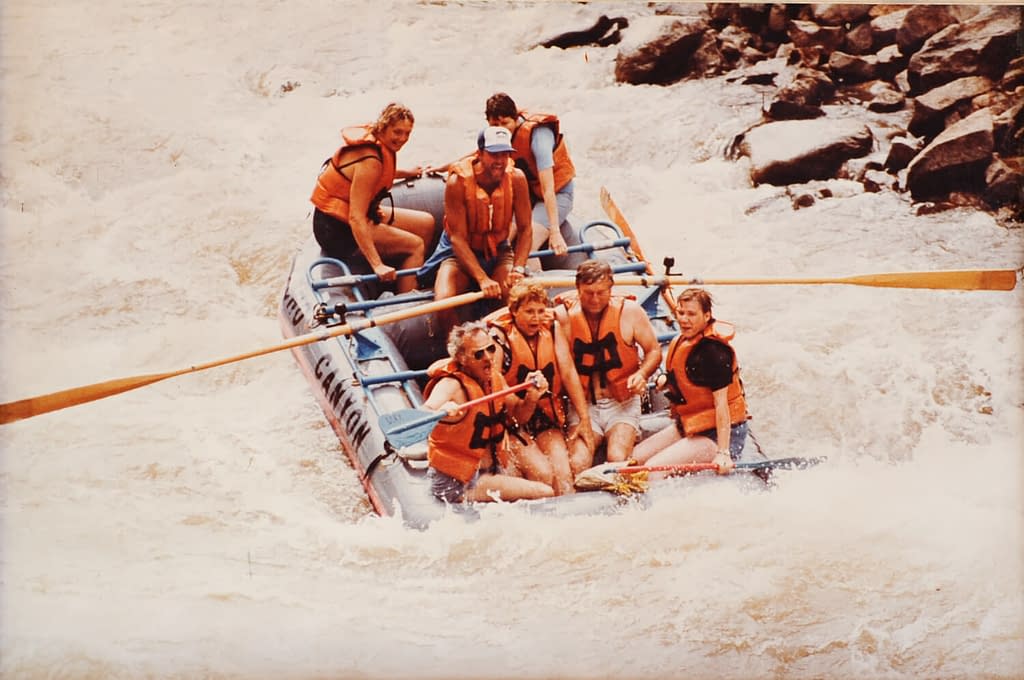 It was during the 1980s that the first type V PFD was crafted in Europe. These vests are designed for specific water sports or purposes. For instance, there are rescue vests and there are vests built for the commercial whitewater rafter.

As the safety equipment advanced, so did rafting’s reach. Rafting made its first appearance in the Olympics in the 1970s, and commercial rafting boomed in Colorado in the late 1970s and into the 1980s. Were it not for the safety, comfort, and reasonable price of life jackets, whitewater rafting wouldn’t have become a fun activity for the whole family.

Over the years, the PFD has become safer and more comfortable. Adjustable straps, resilient fabric, and vests for infants, youth, and adults of all shapes and sizes now exist.

There are different PFDs for different water sports, and every year there seems to be a new design or must-have material.

When you join Echo Canyon on a whitewater rafting adventure through the Royal Gorge, you won’t be wearing a bulky life jacket. Instead, your life vest will be compact and comfortable. The idea is that you want to be able to maneuver if you find yourself in the water. Too bulky of a vest doesn’t increase safety during adventure rafting.

As for our raft guides, they have different vest preferences. Some wear type III PFDs, which are incredibly comfortable for prolonged wear. Others opt for a type V vest designed for special purposes, such as rescue.

We’ve come a long way since our ancestors used inflatable animal bladders to cross dangerous sections of rivers. Life jackets today are versatile and comfortable. There’s a vest for every occasion, making water sports safe for the whole family.