No vacation in southern Colorado is complete without taking a train ride through the Royal Gorge. Once aboard the Royal Gorge Route Railroad’s vintage 1950’s-era train cars, sit back and relax as this historic rail line beckons you back to the golden age of train travel and beyond.

Over 100,000 riders every year get to see the view of the Royal Gorge that’s been virtually unchanged since the inaugural nineteenth-century train trip, with the exception of the whitewater rafts that you may see paddling through the rapids on the Arkansas River in the gorge. 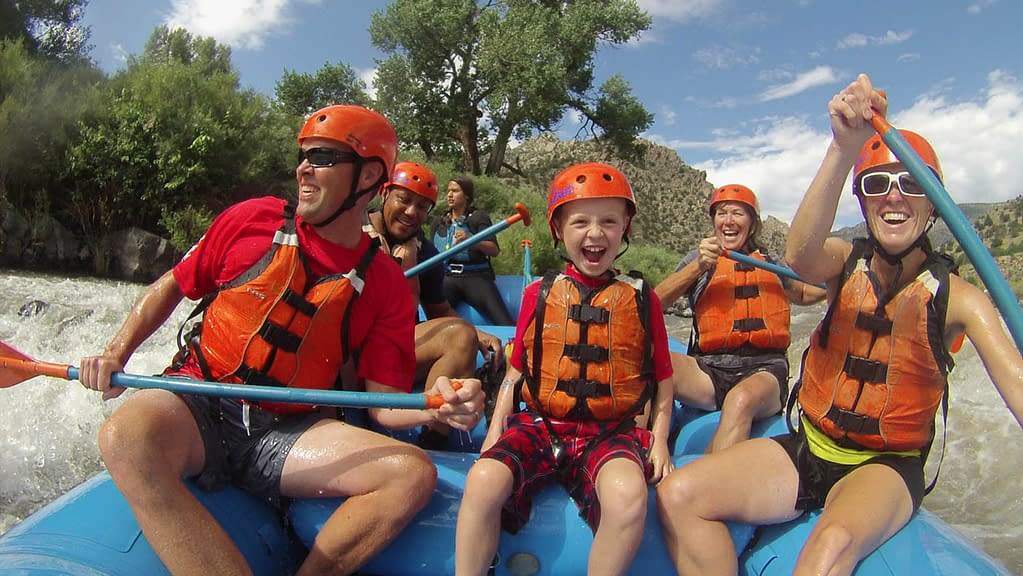 Echo Canyon’s Raft and Rail package (or Raft-n-Rail®) gives you and your family a morning of whitewater rafting followed by a two-hour afternoon train ride, in the class of your choice. Coach class seating offers guests assigned seats in climate controlled train coaches. While Vista Dome adds arching windows extending towards the top of the roof providing better views of the Royal Gorge from your seats. 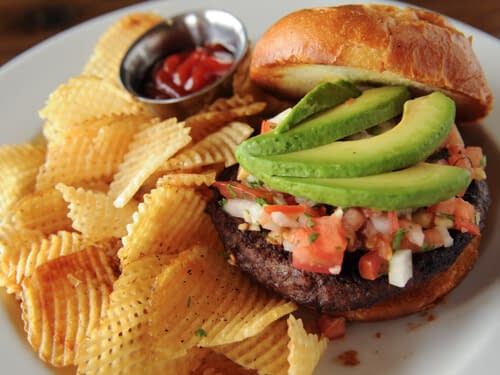 There will be time after your raft trip to change into dry clothes, grab a bite to eat at the 8 Mile Bar & Grill, and then drive the eight miles the train depot in Cañon City. You’ll drive your own vehicle to the depot so you can linger as long as you like in their gift shop or stroll the beautiful river walk right next to the train. 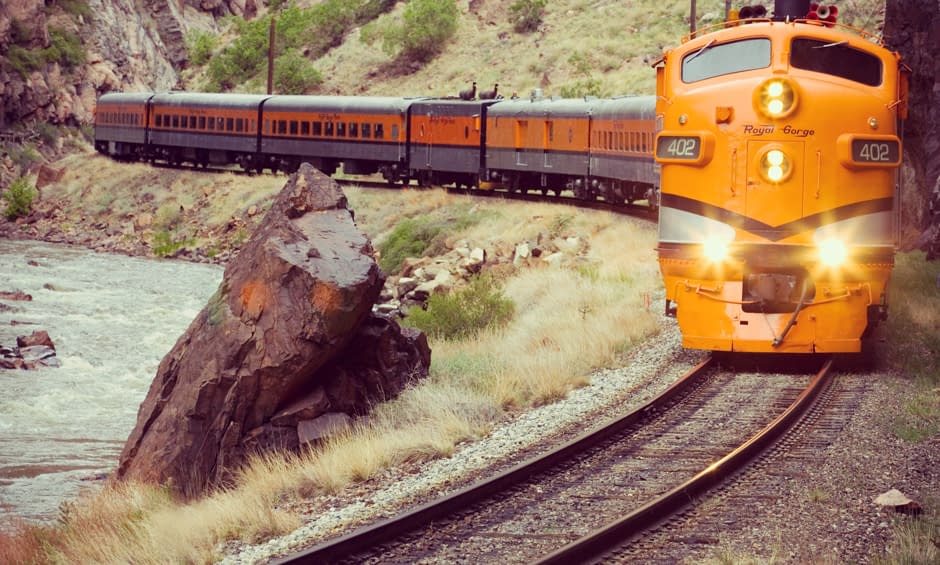 The 24-mile, out-and-back trip begins at the Santa Fe Depot in downtown Cañon City, Colorado, easy to find only a block off of the Main Street. Once aboard, sink into comfortable seats, take in the amazing views, and order an ice-cold drink to whet your whistle.

The Royal Gorge Route Railroad is made up of 17 train cars, complete with four bar cars and five kitchen cars. Trips depart daily and the menu options vary depending on class of service and the time of day

Children under three years of age can ride for free on an adult’s lap in the Vista Dome and Coach Class cars. First and club classes have a minimum age requirement of eight years old.

Although Echo Canyon can only help you reserve the most popular departure time during the summer season, the Royal Gorge Route Railroad has a host of different options for themed rides throughout the year:

All train guests have access to the open-air car for 360-degree views of what the miners saw when the railroad first opened. The gorge can be chilly from late autumn through early spring so a coat or jacket is recommended.

The Royal Gorge Railway would not be where it is today if not for the discovery of silver in the nearby town of Leadville, Colorado, in 1879.

As miners began to flow in and silver began to flow out, two competing railroad companies wasted no time getting to work on laying the first tracks through the gorge on the way to Leadville.

The Santa Fe Railway was the first to lay tracks at the mouth of the Royal Gorge, but their rival the Denver & Rio Grande Western Railway retaliated and jumped ahead further into the gorge and attempted to head off any further Santa Fe progress.

The competition escalated from threats, to sabotage, and eventually men on all sides carrying weapons along with their tools to work every day.

Eventually, both railroads hired armed guards to protect their worksites around the clock while they waited on the courts to decide their fate.

What became known as the Royal Gorge War was finally settled out of court after two years, ruling in favor of the Denver & Rio Grande Western Railway.

Engineering Marvels of the Royal Gorge

Despite the fighting, the first of two remarkable feats of engineering was built along with the Royal Gorge Railway as a creative solution to what seemed like an impossible endeavor.

At the narrowest point in the gorge, there are only 30 feet between the sheer 1,000-foot granite rock walls that straddle the river. Such a tight spot was too dangerous to blast away with dynamite, so instead a 175-foot hanging bridge was built to support the railway.

Steel girders shaped in an A-frame were anchored into the rock walls and while they have been strengthened over the years, it’s still in use today.

As the train winds through the gorge and ascends towards its halfway point at Parkdale, Colorado, don’t forget to look up as you pass under the second feat of notable engineering, the Royal Gorge Bridge.

Built in 1929, the Royal Gorge Bridge was the tallest suspension bridge in the world and kept that title until 2010. The total cost at the time for the massive project was $350,000.

Raft and Rail packages are very popular and early reservations are strongly recommended. If you’re not sure which package is right for you, let one of Echo Canyon’s trip experts help you put together an unforgettable experience.