The Royal Gorge Region of Colorado 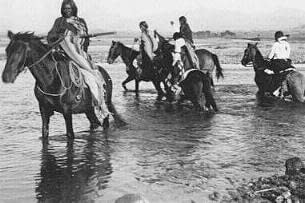 The Royal Gorge in Colorado is one of the most beautiful landscapes in the country. You and your family can enjoy panoramic views, white water rafting trips, numerous attractions, and more in this popular mountain destination. But just as interesting as what you can see is the history that surrounds you.

In just a few hundred years, what was once home to the Ute Native Americans has undergone chapters that could fill a history book. Men have risked their lives mining coal, explorers have lost their way, battles have been fought, and millions of visitors have passed through the Royal Gorge Bridge and Park. Read on to learn more about the history of one of Colorado’s historic landmarks. 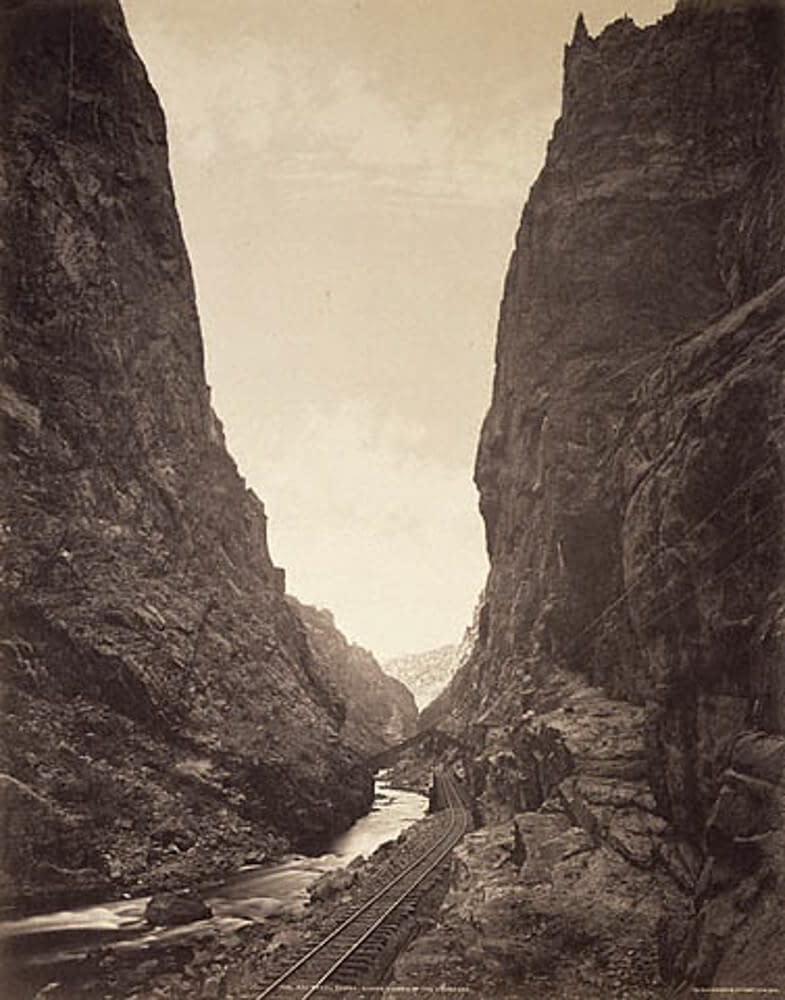 Have you ever wondered how the Royal Gorge was formed? Millions of years ago, the Colorado landscape was much different than it is today. Instead of the Rocky Mountains towering to the west of the great plains, the land was much flatter.

Around 3 million years ago, the earth’s crust in what is now the Rocky Mountains slowly rose as the tectonic plates shifted. Earthquakes and lava began to give the region a facelift. Over the course of many thousands of years, as the earth was steadily pushed upwards, a small stream of water grew into the Arkansas River, which carved its way in the rocks, forming steep cliffs.

It took an average of 2,500 years for just one foot of canyon to be carved. At this pace, it took millions of years for the Arkansas River to carve the 1,250-foot walls of the Royal Gorge. In south central Colorado, this process gifted us with the Royal Gorge, a deep canyon with gorgeous red rock and granite walls.

Before Europeans settled in the Americas, Native Americans were living off the bounty of the Rocky Mountains. Among these were the Ute tribe who weathered cold, long winters along the Royal Gorge. Here, the canyon walls and Arkansas River offered protection from the harsh conditions.

In the eighteenth century, the Spanish conquistadors traveled from Mexico to the Royal Gorge region for financial profit from fur trading. The following century, the United State acquired territory further West into what is now Colorado. This spurred explorers like Lewis and Clark and Zebulon Pike to push west into Native American territory.

Later that century, following the Mexican-American War, settlers began flocking to the area during the famous gold rush. Early settlers would risk their lives in the hopes of making it big, some coming away with riches. It was this and other mining that first introduced railroads to the Royal Gorge.

The Royal Gorge Bridge: Once the Highest Suspension Bridge in the World

It took just 6 months to complete the bridge, and shortly thereafter, visitors were able to cross the bridge at $0.75 a pop. Over time, this helped to pay for the $350,000 in construction, a quite costly venture in the early 1900s.

The picturesque train ride that carves its way through the gorge is not the same one used by miners nearly one hundred and fifty years ago. While those trains would have been much more dangerous and quite bare in niceties, thousands of tourists every year get to experience a breathtaking ride that draws crowds from all corners of the world.

The first rail line in the region was completed in 1880, after years of fighting between two railroad companies: the Atchison, Topeka & Santa Fe and the Denver & Rio Grande. With the canyon as narrow as 30 feet, only one rail line was going to fit. Known as the Royal Gorge War, these railroad companies fought until a ruling was made in 1880 settling the dispute in the Colorado Supreme Court.

From this point forward, both miners and patrons had access to the railroad. In the 1970s, passenger service dwindled and then stopped thanks to the increasing reliance on automobiles. Freight service eventually ceased in 1989, and then only a local quarry used the railroad to move aggregate.

It wasn’t until 1998 that Royal Gorge Express, LLC was started with the goal of reopening the railroad to passengers and allowing patrons to once again experience a scenic and spectacular ride along this gorgeous stretch of wilderness. Now over 100,000 riders chug along this route annually.

Are You Ready to Visit the Royal Gorge Bridge and Park?

The Royal Gorge is home to breathtaking scenery, a rich history, and endless adventures. If you and your family are looking for an area full of rugged wilderness and plenty of fun, the Royal Gorge Region is a great choice. From whitewater rafting to train rides there are so many ways to explore this breathtaking area of the Colorado Rockies.